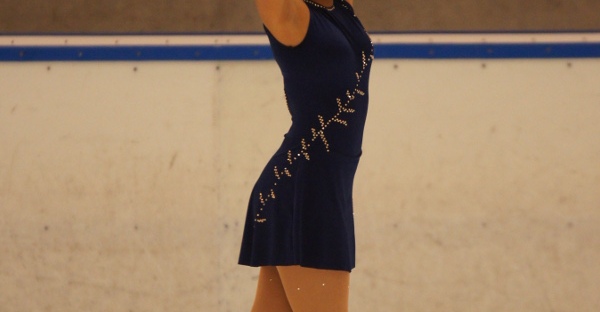 I found Anna on Instagram and immediately found the story about her accident. I think it is so inspirational to see how she recovered and how she is still so motivated after a life changing event like that. She had to let go of some plans and dreams for the future but nothing can stop her and that is so amazing to see. Do you want to know more about her story? Read on.

Can you tell us something more about yourself?

I am a university student. I am studying to become a pharmacist. In my free time, I love to exercise and hang out with friends. I used to practice figure skating by myself. Not with a partner or a team. I took classes for 10 years. I started when I was very young. I also competed.

Why did you stop skating?

I felt like it was time to stop. I had a lot of school work. It was a natural decision to make. I also had an accident. The accident happened a few years ago and I didn’t plan to figure skate again after the accident. My old coach reached out to me and she said it would be a shame if the accident was the reason I stopped. I decided to go back. I skated a few more years. Then I decided to stop. It was my decision.

I had a skating blade in my leg.

How long did it take you to recover?

When did you start going to the gym?

I started going to the gym when I started physical therapy. I liked exercising. When I decided to stop figure skating (after doing it again for a few years), I also went back to the gym.

Was it hard to start exercising again?

Was it hard for you to see your body change after the accident?

I was still very young and my metabolism was very good. However, the second time I stopped ice skating, I kept eating what I would normally eat. I used to ice skate three hours a day so I gained weight fast. I realized that I had to start taking care of my body again. I couldn’t eat what I previously ate. I started looking into what I could eat, how much to eat… I really wanted to take care of my body.

Did you weigh yourself very often when you competed?

Yes. It’s better to stay below a certain amount of weight. I was not very obsessed with it back then but the obsession came afterwards.

What was the effect of the accident on your life in general?

I had to change my plans. I was still young but I had a plan for the future. There were things that I wanted and I had a plan for how to get there. E.g. I had a university in mind I wanted to go to but everything changed. I was also a swimmer and I was aiming for a scholarship. It had to change my plans because I was out for a while. I had to relearn everything. My leg was damaged and it wasn’t as strong as before. It took a lot of time to relearn everything.

What is the impact of the accident on your life right now?

I do have some posture effects. I stumble a lot because my foot is a little lower than it used to be. I can’t run very hard because I get cramps in my leg. When it’s cold outside, the same thing happens.

Will your leg improve or will it stay like this?

It might get a little better but the doctors say I can’t count on that. There’s nothing I can do anymore.

What was the hardest pat about the accident?

It was realizing that I was not the same person as before. I had changed. I wanted to become my old me again but that wasn’t going to work. I tried being someone that I was not.

Do you still miss ice skating at a high level?

I miss it sometimes. I am a figure skating coach for children now. I stand on the ice sometimes but I don’t want to compete again. I still miss it though.

I think this story is super inspirational and we can all learn from it. Do you want to follow Anna’s journey? You can find her Instagram if you click here. What would you do if you had an accident like this? 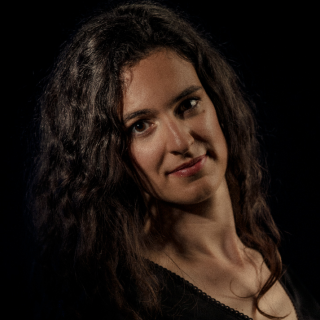